Although the productivity of fruits is high, it is estimated that 20% of fruits and vegetables worldwide are spoiled each year. This leads to a large economic loss for farmers and traders.

The major cause for the spoilage of fruits and vegetables is the microflora present on them. To prevent the growth of microflora, synthetic preservatives are often used. But there are public health concerns over the use of artificial preservatives. So researchers have been looking for natural ones. Recently, essential oils from medicinal plants have been mooted for use as preservatives.

Ponnuswamy Viayaraghavan from the Smykon Biotech Pvt Ltd, Kanyakumari collaborated with scientists from Saudi Arabia and Korea to test essential oils from the seeds of Sesamum indicum L (sesamum), Mucuna pruriens (velvet bean), the rhizome of Acorus calamus (vaembu in Malayalam) and cloves of Allium sativum (garlic) as preservative on plums. 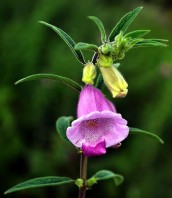 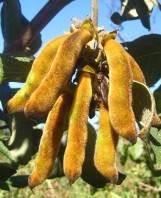 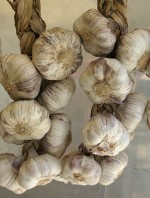 On infecting sterile plum fruits with different fungal strains, the team found that Aspergillus niger and A. flavus were the most active. They found that essential oils from garlic worked best to protect the fruit from Aspergillus species.

The team reasoned that, if the antimicrobial activity of the different essential oils were synergistic, then the amount of individual essential oils used for protecting fruit from spoilage can be reduced, when they are combined. So the team tested the concept and found that extracts of A. calamus, S. indicum and A. sativum have synergy.  This, they say, may be due to differences in the targets of the active ingredients in the three essential oils.

The researchers used gas chromatography-mass spectrometry and compared the internal mass spectrum of the treated samples with that of compounds reported in the National Institute of Standards and Technology. Thus they could identify the potential compounds that may be responsible for the antimicrobial activity.

A bit of essential oils from plants as natural preservative for fruits and vegetables can prevent fruit spoilage. And improve the flavour in the process.

Join us at Jorhat from 20 to 27 November. A workshop on science writing organised by Current Science and hosted by the Assam Agricultural University. Here are the links for the announcement: https://www.currentscience.ac.in/Volumes/117/06/1116.pdf
and to the application form:  https://forms.gle/WS9dBe3WQ24iovh56