From the early 2000s, we see reports of a revival of the Indian summer monsoon. Though this is true of rainfall in the Western Ghats, Central India and the North-East, rainfall over North India has been showing a negative trend, especially over parts of the highly populated states of Bihar and Uttar Pradesh.

When monsoonal flows interact with the high-altitude westerly pressure trough created by the westerly jets, it should produce high rainfall in these parts, especially when there is a break in the monsoon in the Central parts of India. But why is that not happening?

The monsoon revival is attributed to the differences in the rates of warming of the Indian Ocean and the Indian continent where land becomes warmer than the sea. From earlier literature, Ramesh Kumar knew that, when the eastern part of the equatorial Indian Ocean warms up, air rushes in to replace the rising warmer air in contact with the ocean. This generates two phenomena: a Kelvin wavelike response constrained to the equatorial regions to the east and Rossby gyres to the west on both sides of the equator. 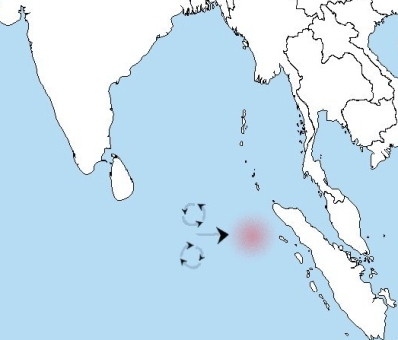 Kelvin waves are constrained to the equatorial regions. But Rossby gyres grow and start moving towards the poles. With atmospheric height, they assume huge proportions and become anticyclonic.  Thus, in the upper troposphere of the northern hemisphere, an anticyclonic movement progresses towards the north.  Does this phenomenon have any effect on rainfall over north India?

Ramesh Kumar took reanalysis products from the European Centre for Medium-Range Weather Forecasts, the ERA-Interim dataset for 1979-2017 available at a 0.75° spatial resolution. He also collected monthly gridded data of rainfall over the Indian landmass at a resolution of 0.25° × 0.25° for the same period from the Indian Meteorological Department. To these, Ramesh Kumar added data on daily outgoing longwave radiations from which he could plot the movements of Kelvin waves and Rossby gyres. Now the trick was to do a simultaneous correlation and regression on the de-trended dataset.

The correlation analysis confirmed what he suspected. Monsoonal variability in UP and Bihar does not follow the same pattern as it does over central North India and the North-East. Rossby gyres appeared to play a role. So, what is the relationship between eastern equatorial Indian Ocean temperatures and rainfall in UP and Bihar?

Ramesh Kumar turned to Roxy Mathew Koll, IITM Pune, who is good with climate models. The duo used the standard configuration of the Climate Forecast System Version 2 (CFSv2), a global coupled ocean-atmosphere model. They added a one-degree increase to the temperature of the eastern equatorial Indian Ocean. And, as expected, Rossby waves created by warmer temperatures in the eastern equatorial Indian Ocean moved north.

Meanwhile, the monsoonal flow which travels north-east carrying moisture meets the Himalayan ranges and the flow is redirected towards the west. Normally, this flow of moist air at about 3 to 5  kilometres height interacts with the cold and dry winds coming over the mountains from the north, at a higher altitude. It is the interaction between the cold dry air and the warm moisture-laden winds that causes precipitation over north India. 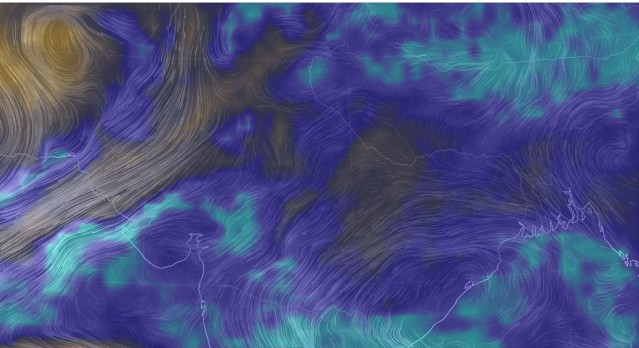 However, Rossby waves moving towards north India meet and block cold dry air coming from the north leading to lower rainfall in north India. This is why UP and Bihar show a decreasing trend in summer monsoon rainfall –  a trend that is more pronounced from 2000 to 2017 – while the rest of India shows an increasing trend.

In the years when the eastern equatorial Indian Ocean temperature was 29 degrees or more, rainfall in UP and Bihar goes down. But when it goes below 28.6 degrees, there is abundant rain.

The interplay between the temperatures of the eastern equatorial Indian Ocean and the upper tropospheric wind from Tibet separates UP and Bihar meteorologically from the north-east and the north-west, says Ramesh Kumar Yadav, IITM Pune.

11th Workshop on Science Writing organised by Current Science will be hosted in MAHE Manipal. Scientists, researchers and science faculty may apply.

See the announcement here.        Access the application from here.