Past Hydrology of the Chautang Channel: dating geomorphological events

Archaeologists have come to a consensus that many societies from the Harappan civilisation seemingly thrived along the palaeochannels of the present Ghaggar and Chautang rivers that once existed east of the Indus. Though there have been claims of associations between these palaeo-river systems and the scriptural rivers, the Saraswati and the Drishadvati, there hasn’t been enough evidence to chronologically reconstruct the geomorphical events. 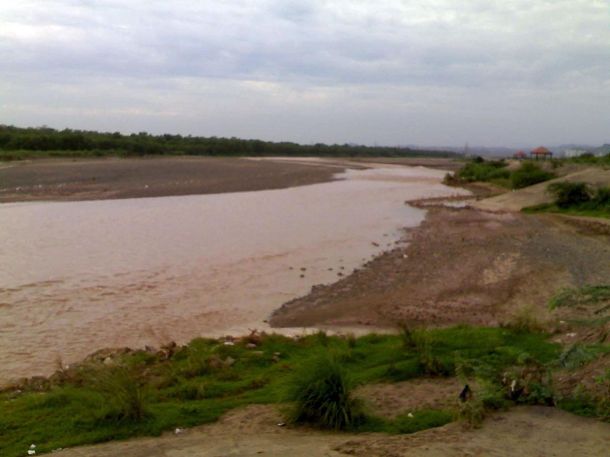 A number of investigations had established that the Sutlej and the Yamuna traversed the palaeo-Ghaggar and palaeo-Chautang channels. A more recent investigation in 2017 reported that the Sutlej migrated away from the Ghaggar 8000 years ago and the Yamuna followed a westward course some 49,000 years ago. However, there was no conclusive evidence to precisely date the migration of the Yamuna to its current course. Recently, Indian researchers, in collaboration with German and French researchers, placed these geomorphical events in chronological order.

The team separated quartz from samples collected from the Chautang riverbed and used an optically stimulated luminescence dating procedure. The team observed a change from micaceous sand deposits around 45,000 years ago to wind-driven silt deposits  suggesting that the once-perennial river had turned ephemeral at least 40,000 years ago.

The scientists suggest that the change in hydrology might be due to tectonic activities in the area.

The sedimentary affinity between the palaeo-Chautang channel and the Yamuna implied that the Yamuna had migrated to its present course over 40,000 years ago. Dating of dunes by previous studies as well as the current work showed that the landscape hasn’t changed for the last 24,000 years.

The study suggests that perennial, glacially-fed rivers were not contemporaneous with Harappan settlements along the present Ghaggar and Chautang rivers. As the region has not changed for the last 24,000 years, it is likely that Harappan settlements like Karanpura, Baror and Kalibangan were sustained by wells and groundwater, besides ephemeral rivers fed by seasonal monsoons, claim the researchers.