Diagnosing Depression: Egged on by EEG

Electroencephalograms record brain activity non-invasively and have been used to study depression since the 1930s. Yet depression continues to strike celebrity and commoner alike. A timely diagnosis, could, perhaps, save lives. Generally, specialists rely on time consuming questionnaires and sessions. Now, with colleagues from Singapore, Malaysia and the US,  D P Subha from the NIT Calicut reports using EEG signals to classify normal and depressed people.

The team took EEG data from 15 normal and 15 depressed twenty to fifty year olds. They obtained more than four thousand EEG records  from the Medical College of Calicut, consisting of bipolar signals from both right and left sides of the scalp, for five minutes, with eyes open and closed. 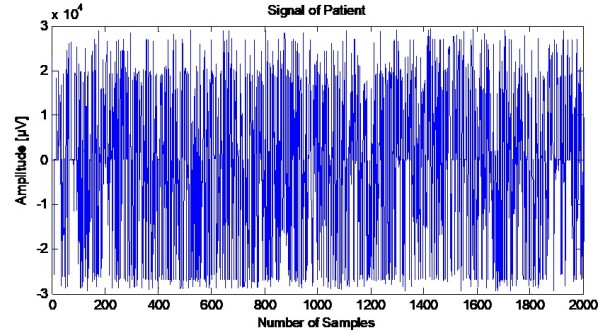 EEG of a depressed patient

EEG data usually contains interfering signals from the power supply which has a 50 Hz alternating current.  To address this, they used a notch filter.

Random muscle movements during the recording can pose a problem. A neurophysiologist removed these artifacts manually.

To train and test the model, the scientists first normalised records. They used 2000 sampling points and a Z-score normalisation to overcome differences in scaling of individual EEGs.

“… the algorithm can be extended to diagnose different stages and severity of depression as well as other neurological disorders. A key to successful application in clinical settings would be the collection of the necessary data to train the model”, says U Rajendra Acharya, Ngee Ann Polytechnic, Singapore.

“An exciting extension of this research would be diagnosis of different stages and severity of depression and development of a Depression Severity Index”, adds Subha, NIT Calicut.

The method requires minimum manual diagnostic intervention. With this system, even non-specialists in remote locations can operate a web-based application to diagnose depression from EEG signals. This would hasten a diagnosis that could provide timely help

While media daily screams murder, every second depression claims a life. A simple EEG could, in the near future, save precious lives and the inconsolability of survivor guilt.